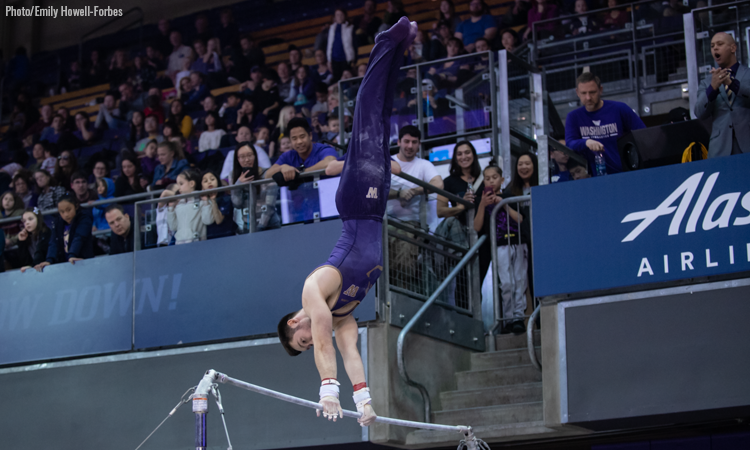 The postseason begins for some of the men this week as half of the nation’s programs will battle it out at the USAG Collegiate National Championships, while a quartet of other teams finish up their regular seasons before the conference championships begin next weekend.

Why You Should Cancel Plans For It: The first postseason meet is here, and it’s the always competitive USAG Collegiate National Championships. This championship features the service academies, NCAA programs with two or fewer scholarships and the club programs of GymACT battling it out for national titles. Arizona State comes in as the favorite for the collegiate division title, with star gymnast Kiwan Watts likely to lead the way as the Sun Devils aim for the program’s 13th-straight USAG team title. Navy leads the varsity division field as the highest-ranked team and will have a home-gym advantage, but Air Force, backed by its nine consecutive titles, will not relinquish the top spot so easily. Will all 10 teams likely putting up their best lineups on each event, this will be a thrilling meet to watch.

Why You Should Clear Space on Your DVR: In the seventh and final meeting between these two teams this season, Stanford will be looking to finish a perfect 7-0 against its Bay area rival. California leaders Aaron Mah and Darren Wong will hope to end their senior and freshman seasons, respectively, strong with a potential upset over a Cardinal squad who may be rusty after not competing the past two weekends. Stanford will counter with potential all arounders Brody Malone and Grant Breckenridge and a cast of event specialists who will surely be seeking the perfect record against the Golden Bears and a possible fourth sweep of all six event titles as well.

Why You Should Clear Space on Your DVR: Michigan, the Big Ten regular season co-champion, will close out its season against 18th-ranked UIC while celebrating senior day. UIC posted its highest score of the season last week while Michigan was upset by lower-ranked Nebraska, so both teams are coming in to this meet having had very different results. This will be both teams’ final tune-ups before their conference championships, so expect some of the Wolverines’ stars to be rested and the Flames to be putting forth their best lineups. With UIC’s athletic department cutting the men’s gymnastics team after this season, this will also be UIC’s final regular season meet as an NCAA program, so be sure to check out the Flames while you still can.