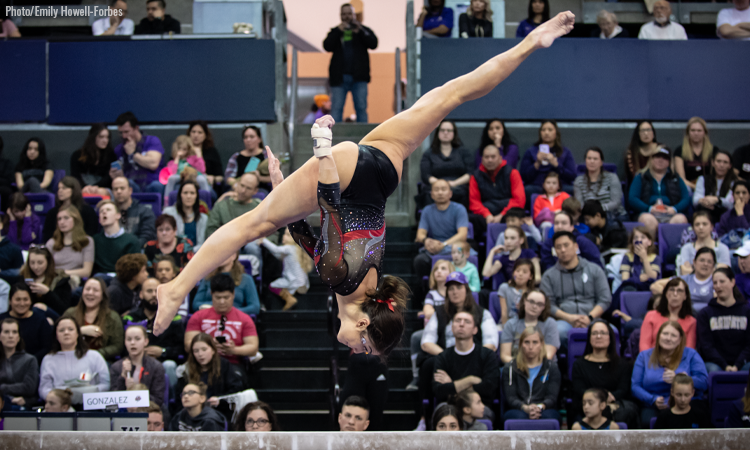 When You Need to Tell Your Friends You’re Busy: Friday, March 15 at 8 p.m. ET

Why You Should Cancel Plans For It: This meet has so many storylines! Consider the Michigan and Minnesota matchup to be an exciting preview for the Big Ten championship in just one week (!!) since both could realistically challenge for the title. Missouri also had its share of ups and downs this season, and a big home score would render its prospects as a regionals spoiler to be just a little more believable. Centenary is the outlier in more ways than the fact that it doesn’t start with the letter M, but it has an opportunity to show out among some bigger name competitors here as it prepares for its own postseason process.

What Else You Should Know Before Tuning In: Michigan and Minnesota both need compelling scores if they want to retain their spots or rise within the top 10 since the teams in their general area (Nos. 6 to 11 or so) have been in flux these past few weeks.

When You Need to Tell Your Friends You’re Busy: Saturday, March 16 at 4 p.m. ET

Why You Should Cancel Plans For It: This meet last year was fairly compelling and should be again this year if not just for the fact that it’s an SEC/Pac-12 matchup we rarely see. Georgia will see an opportunity for an upset here, and home senior night scoring might just allow it to do so. Utah will want to redeem itself after slipping a place in the rankings, and it will need another solid road score to do so.

What Else You Should Know Before Tuning In: Tonight is Georgia’s senior night, where lone senior Sydney Snead will be honored. Sophomore Emily Schild is also out for the rest of the season with an injured MCL.

When You Need to Tell Your Friends You’re Busy: Saturday, March 16 at 7 p.m. ET

Why You Should Cancel Plans For It: Miss Val’s last meet in Pauley Pavilion is finally here, and it promises to be almost unbearably dramatic. The actual gymnastics seems almost beside the point, but since it’s also senior day and UCLA hasn’t had a real testing-depth meet so far in 2019, anything could happen.

What Else You Should Know Before Tuning In: Utah State head coach Amy Smith is a UCLA alumna, and we’re sure she’ll play some role in the festivities.

Why You Should See the Error of Your Ways: This is BYU’s second meet of the week, and it’s a conference dual! The Cougars have found their groove as of late, even scoring a 197 at Boise State, a score the Cougars hadn’t eclipsed since 2004. Southern Utah is also beginning to find its groove, surpassing 196 in both of its meets last weekend. Both of these teams are up-and-coming in the MRGC, and it will surely make for an interesting meet.

Why You Should See the Error of Your Ways: We’re getting to see two of the strongest USAG team on a major stream—or, at least, so we hope. There’s no television information on Arkansas’ schedule yet and its home meet against No. 3 Florida had no video coverage. Lindenwood and Texas Woman’s have a longstanding rivalry, with a nearly even head-to-head record, and after this meet they’ll be battling it out—against UIC—for the MIC title, and then again for the USAG crown. This is a must-watch preview of those matchups. Plus, we’ll be keeping an eye on SEMO to see if it can use some SEC scoring to break 190, plus watching Anna Kaziska, who is a potential regionals qualifier. Not to mention the home team is fighting for a 197 to keep hopes of a seeded regionals spot alive.

Why You Should See the Error of Your Ways: This is Nebraska’s annual Master’s Classic, and it is known to have some high-flying scores. Kentucky will want to take advantage of that; a 196.300 here clinches a spot in the SEC evening session. Boise State will be aiming at a 197 in a quest to drop its last two low-196s from its NQS. Nebraska, likewise, needs to rejoin the 197 club this weekend to propel itself forward in the rankings heading into conference championship. Illinois State will use the scoring opportunity to build confidence going into MICs, and to showcase some exciting routines we don’t normally get to see on the big stage. Keep an eye on possible regional individual qualifier Gabrielle Cooke.

Why You Should Clear Space on Your DVR: Oklahoma is cruising forward as it eyes the No. 1 seed going into regionals, but that doesn’t mean it won’t take advantage of one last home meet to secure a big score. It’s much more important for Alabama to get a high number here since the Crimson Tide’s spot in the SEC evening session is becoming more and more in jeopardy with Kentucky hot on its heels.

READ THIS NEXT: The Mount: Week 11 MAG