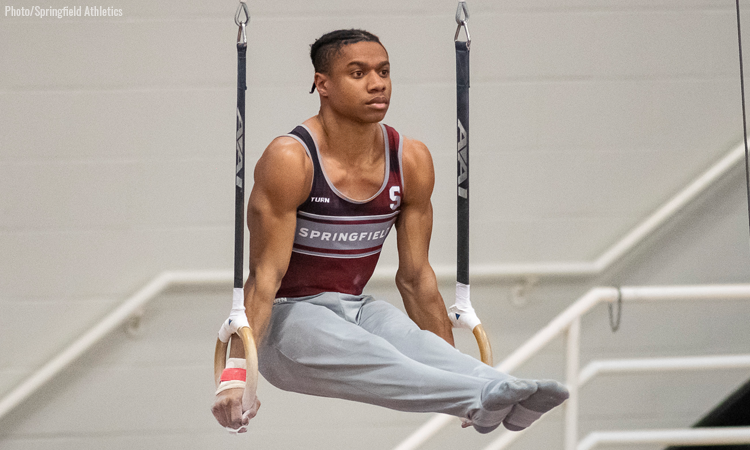 With only 12 teams in action, it might seem like a lighter weekend of men’s gymnastics, but two top 10 matchups on Saturday say differently. Second-ranked Stanford is heading to the midwest to take on Illinois and a surging Minnesota team while the two service academy schools, Army and Air Force, will battle in what could be the closest meet of the day.

Why You Should Cancel Plans For It: This meet features both teams and individuals who will be contenders for conference and national titles when the postseason begins in just over a month. Stanford enters as a huge favorite, but both Big Ten schools are capable of putting up big scores that can challenge the Cardinal if it opens the door. With teams no longer able to drop the low score in a lineup, faltering is much more of a possibility. Stanford freshman Brody Malone has been off to a great start to his season as the NCAA’s top-ranked all arounder, but if Shane Wiskus of Minnesota returns to the all around, we will be treated to what should be an excellent competition between the freshman and the former national team member.

What Else You Should Know Before Tuning In: This meet will count toward Minnesota and Illinois’ Big Ten records. The Illini currently sit at 1-1 while the Gophers have a 1-2 record.

Why You Should Cancel Plans For It: The second top 10 matchup of the weekend pits Big Ten border rivals Iowa and Nebraska against one another. The Huskers enter the weekend coming off an upset win over Minnesota at home while the Hawkeyes haven’t competed since falling to Oklahoma before the Winter Cup break. Nebraska will be looking to carry its momentum to a third consecutive score above 400 while Iowa will be hoping to hit that mark for just the second time this season.

What Else You Should Know Before Tuning In: Nebraska enters this meet with a 2-1 Big Ten dual meet record while Iowa sits at 0-2.

Why You Should See the Error of Your Ways: The closest ranked matchup of the weekend should be thrilling as either team has an opportunity to win. Army has been the more consistent team, but Air Force has put up the higher score of the two and already defeated Army last month in the All-Academy Championships. Cole Casanova has been winning all around titles nearly every week so far and will be key for the Black Knights as they look for revenge this Saturday. Air Force senior Lukas Texeira has lost his spot as the top ranked high bar worker after a few off routines, so he will be looking to hit his signature routine to help motivate the Falcons to hold off Army once again this season.

Why You Should Clear Space on Your DVR: Any matchup between Big Ten teams is an exciting meet to watch. These two teams enter having had opposite starts to their seasons. Ohio State has struggled with consistency in its first three meets while Penn State has steadily improved each time out, culminating in its new No. 4 ranking. The Buckeyes will hope to get back on track in their first five-up-five-count matchup while Penn State will be looking for star Sam Zakutney to continue to improve and help the Nittany Lions put some pressure on third ranked Michigan for the No. 3 ranking.

READ THIS NEXT: The Mount: Week Nine WAG