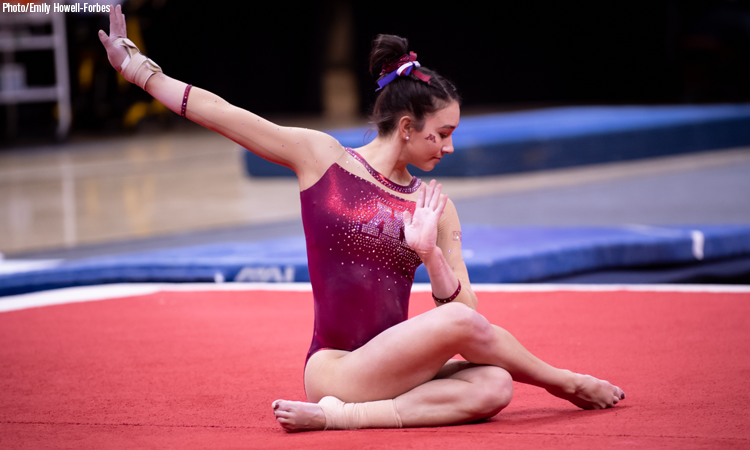 It’s the last week before the switch to RQS in week eight. We also have a couple of big neutral quads with exciting teams to keep an eye on as scores tend to absolutely fly on the podium.

Why You Should Cancel Plans For It: It’s a big weekend for invitational meets (see our preview of the Perfect 10 Challenge below). The best thing about these meets is the fact that you get a little bit of everything from teams you’d literally never see compete together elsewhere, and the Mardi Gras Invitational is no exception. On the downside (or upside, depending on your thoughts), the scoring also tends to be especially cracky. Such will be a big factor in the competition between LSU and Utah and that between Missouri and Stanford (essentially two mini-meets combined into one).

What Else You Should Know Before Tuning In: Bored during your workday and want something to watch before this? The invitational also features an afternoon quad meet with Iowa State, SEMO, Lindenwood and Texas Woman’s at 3:00 p.m. ET.

Why You Should Cancel Plans For It: Florida has continued to build upward momentum as the season goes on, but Alabama has done so in a more underrated way. It’s not entirely implausible for the Crimson Tide to challenge Florida, especially given the home advantage, but everything will have to go perfectly for that to happen, especially given Florida’s prowess on the road this season (will the Gators crack 198 for the second time away from Gainesville?). Also note that Florida has never, yes never, won in Tuscaloosa, even when coming in as a top team over the Crimson Tide.

What Else You Should Know Before Tuning In: This is one of Alabama’s last remaining chances to get a higher home score as RQS season loom (it only has one home meet left after Friday).

When You Need to Tell Your Friends You’re Busy: Sunday, February 17 at 5 p.m. ET

Why You Should Cancel Plans For It: Oregon State’s home scoring makes it extremely challenging for visiting teams to contend for a win, but California has the routines to hang with the Beavers and has pulled off some unlikely upsets in recent history. California’s opening bars rotation will set the tone for the meet—it can be excellent or disastrous.

Why You Should See the Error of Your Ways: These are two teams that could very well be battling for the MRGC title come the conference championship. The Broncos are looking to put up a strong number on the road where it really only has one score thus far that it would want to count in its RQS. BYU typically scores well at home—expect the same barring errors—but the Cougars will really want to back up last week’s road score of 196.425.

When the Meet’s Happening: Saturday, February 16 at 4 p.m. ET

Why You Should See the Error of Your Ways: Nebraska and Ohio State, along with Minnesota, are jockeying for the No. 2 spot in the Big Ten behind Michigan. Ohio State got off pace the last few weeks and would like to see one more big number going into RQS week eight. Likewise, Nebraska still doesn’t have a big road score and will be looking to nail one down before the switch, especially after coming off a heartbreaking loss at home to Minnesota.

Why You Should See the Error of Your Ways: The dynamic between these two teams typically defines the MIC and USAG national championships, and while UIC seems to be playing spoiler in 2019, this is still a fascinating pairing. Lindenwood has put more complete meets together in 2019, but TWU is a big-stage team and could definitely rise to the occasion. With USAG’s top two all arounders, Bria Northrop and Courtney Mitchell, both on the floor, the individual titles should be exciting as well.

Why You Should Clear Space on Your DVR: With this mix of teams it’s hard not to get excited about this meet! Oklahoma continues to show that it’s one of the top teams in the nation, Washington is a team that’s come into its own over the past few seasons and Arizona State is an exciting team on the rise. George Washington rounds out the bunch; it’s very much in a rebuilding year after graduating a stellar senior class but has been making strides in recent meets.

Why You Should Clear Space on Your DVR: It would take a lot for this meet to become genuinely competitive, but each team is interesting in its own right. Arizona is bouncing back after spending the majority of 2018 on the bottom of the Pac-12, and Saturday is a chance for the Wildcats to register a great road score. UCLA is undefeated in 2019, but it’s time for the Bruins to be pushing toward 198 if they want to keep pace with Oklahoma and Florida. We also have MANY questions about UCLA lineups going forward, including the injury statuses of the Glenn twins and whether either Kendal Poston or Gracie Kramer will be able to land a 10.0 vault consistently. Plus, it’s the team’s first inclusion meet.

Why You Should Clear Space on Your DVR: Scoring has been 90-percent realistic, 10-percent bizarrely strict at Stanford in 2019, and it’s always fascinating to see how top teams fare under those conditions. Utah has been incredibly consistent so far in 2019, scoring in the low 197 range every meet; we’ll be watching to see if it can break out of that rut. Stanford’s underclassmen are showing massive potential this year, but they’re still searching for consistency.

READ THIS NEXT: The Mount: Week Seven MAG 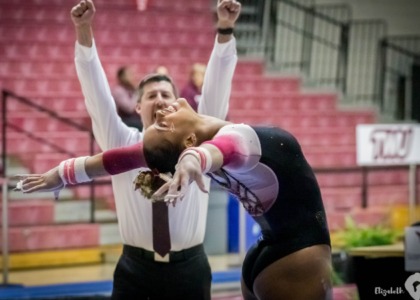