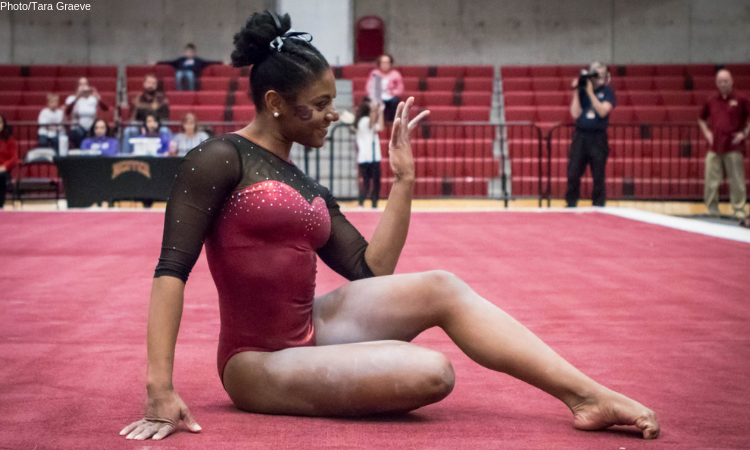 Denver hosted its first meet of the season on Saturday, winning the quad meet with Central Michigan, Texas Woman’s and Sacramento State with a score of 196.175. After LSU’s PMAC streak was broken by Florida on Friday, Denver is one of two teams that is still undefeated at home in the same time span, not having a regular season home loss since 2015.

“It felt awesome,” Karr said. “I saw all of our work that we did over the summer paying off.” Head coach Melissa Kutcher-Rinehart added, “bars was outstanding. I was so pleased with how they did on bars.”

But the performance on bars wasn’t what stood out to Kutcher-Rinehart the most. After a lackluster beam rotation that included two falls and another less-than-steady routine, the Pioneers tallied just a 48.300. “I was really pleased with how they did on floor because we talk about the ability to refocus and respond to adversity,” Kutcher-Rinehart said. “They really showed that on floor.”

It was bars and floor that propelled the Pioneers to that 196.175 despite the beam rotation, where even Karr would falter in her routine. “I just have to put that behind me and move forward,” she said. “I’m going to go back in the gym and keep working on it and improving.”