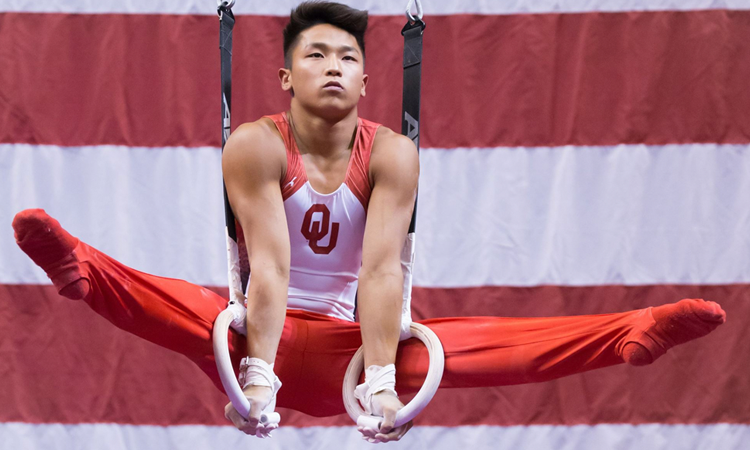 The first full men’s weekend is upon us, and we have some big matchups to watch! The weekend is full of open meets, which will give us a taste of postseason competition in only the second week of the season. Eight of the top 10 teams are competing on Saturday, so start planning out your day now so you can catch them all in action.

Below you’ll find everything you need to follow along with all the meets happening this weekend, including previews of the top matchups and every scoring and video link you could ever need.

Why You Should Cancel Plans For It: The four-time defending NCAA champion Oklahoma will have a tough test to open its season competing against three other preseason top 10 teams. This will be one of the most star-studded of the regular season with multiple current and former national champions, national team members and world championships competitors taking the floor—and that’s not even including members of the U.S. Olympic Training Center who will be competing alongside the collegiate teams.

What Else You Should Know Before Tuning In: U.S. national team members Moldauer and Yoder will be returning to NCAA competition this weekend after competing at the world championships this summer. Their world championships team member Sam Mikulak is also slated to compete at the Academy this weekend for the first time since winning a bronze medal on high bar at worlds.

Cal Benefit Cup With No. 2 Stanford at No. 11 California

Why You Should Cancel Plans For It: This is the first of seven (yes, seven!) regular season matchups between these Bay Area rivals. While Stanford comes in as the easy favorite, California will be hoping for some big results out of Canadian international elite Darren Wong in his Golden Bears debut.

What Else You Should Know Before Tuning In: This meet between California and Stanford is just one session amongst three days of gymnastics competitions at the Cal Benefit Cup. The weekend-long event fundraises for the men’s gymnastics program at California and features competition sessions for gymnasts levels four through 10 in the J.O. program.

Why You Should See the Error of Your Ways: Penn State, who is returning a majority of its key contributors from last year, could be one of the biggest surprises this NCAA season. While Penn State won’t be challenged much here, the race for second will be a battle between Navy, William & Mary and Army who all had averages within 10 points of each other last season. There will also be an international flavor to the all around competition, with Penn State’s Sam Zakutney and Springfield’s Stephen Lewis both returning to NCAA action after spending the summer competing for Canada and Jamaica, respectively, at the World Championships and Senior Pan American Championships. Plus, the meet has prelims and finals sessions, so we get two days of competition to watch!

Why You Should Clear Space on Your DVR: This will be our first look at the defending Big Ten champion Illinois, who is of the few teams with a hope of taking down the Sooners this season. UIC will also be looking to start its season strong with this likely being the Flames’ final year as an NCAA program.

Routines to Check Out If You Can’t Rewatch Everything: Alex Diab (Illinois) on rings, Sebastian Quiana (Illinois) on floor, Taylor Styer (UIC) on floor

These aren’t the only meets happening this weekend. To see all the matchups in one place, take a look at our master schedule. You can also find live scoring and video links for all this weekend’s competitions below.

READ THIS NEXT: The Mount: Week Two WAG