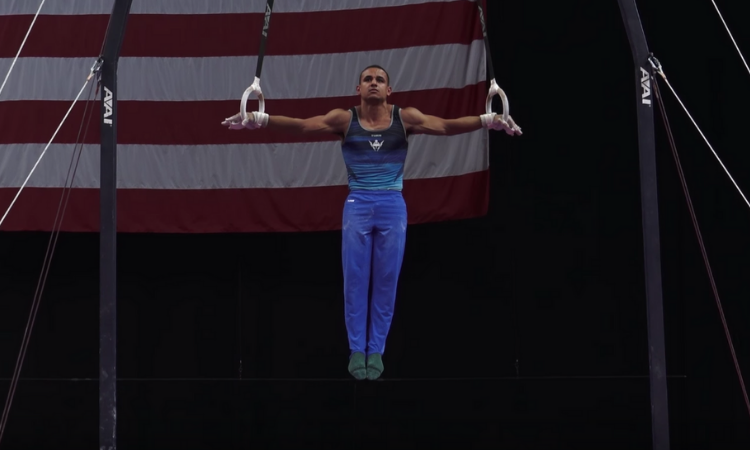 Two former and one current NCAA gymnast competed in the Turnier de Meister World Cup in Cottbus, Germany, in late November. This meet was the first opportunity for individuals to earn points towards qualifying for the 2020 Olympic Games.

Representing the U.S. was Trevor Howard, a former Penn State gymnast who competed four events: floor, rings, vault and parallel bars. Howard narrowly missed the rings and vault finals, placing ninth on rings with a score of 14.633 and missing the final by only .033 while also placing ninth on vault with a 14.400 average, missing the final by only .012. Howard also scored a 13.300 on floor to place 21st and a 12.366 on parallel bars to place 23rd.

Jacopo Gliozzi, a senior at William & Mary, competed only on pommel horse while representing Italy in Cottbus. Gliozzi scored a 14.233 to place 10th and missed the final by .300.

Future Oregon State gymnast Jade Carey was one of only two NCAA WAG gymnasts, past or future, to compete since worlds. She made her opening bid for Olympic qualification as an event specialist in Cottbus. On vault, Carey competed a double-twisting Yurchenko and a Lopez, and was narrowly edged by Brazilian Rebeca Andrade who performed the same set with better execution. Carey has plenty of options to upgrade here and her prospects of qualifying are good if her health allows her to add her difficulty back.

Since she hasn’t been in top shape on vault this year, many fans assumed that Carey’s best chance of Olympic qualification would come on floor, but she struggled in the final after qualifying first. Repeated steps out of bounds left her in fifth place, a disappointing finish for the former world silver medalist. Expect her to be looking for redemption as the World Cup series continues.

UNC commit Tienna Nguyen won the women’s division of the Vietnamese National Sports Festival with a score of 47.65, capping off a decorated first season representing Vietnam.