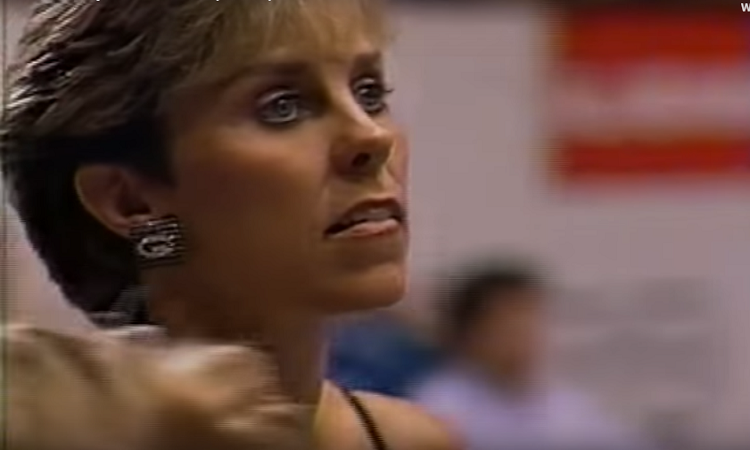 Happy Thanksgiving from all of us at College Gym News. We’re thankful for a lot of things here: the SEC protractor, nice toe points and all of you, our readers! We’re also thankful for all of the hard work gymnasts and coaches put into gymnastics so we can have the joy of watching—or some might say obsessively following—the sport we love.

One of the coaches who has been at it the longest, hiatus notwithstanding, and brought us the most to talk about is without a doubt Suzanne Yoculan. You know her resume; she drove Georgia to glory and then walked off into the sunset. That is, until her protege took the helm. Now she’s back as a volunteer assistant, and she’s still serving looks that could kill. Take a moment to reflect on the years of Yoculan while you digest your turkey, and see how many G’s you can spot hiding in her wardrobe over the years.

READ THIS NEXT: Valorie Kondos Field Through the Ages