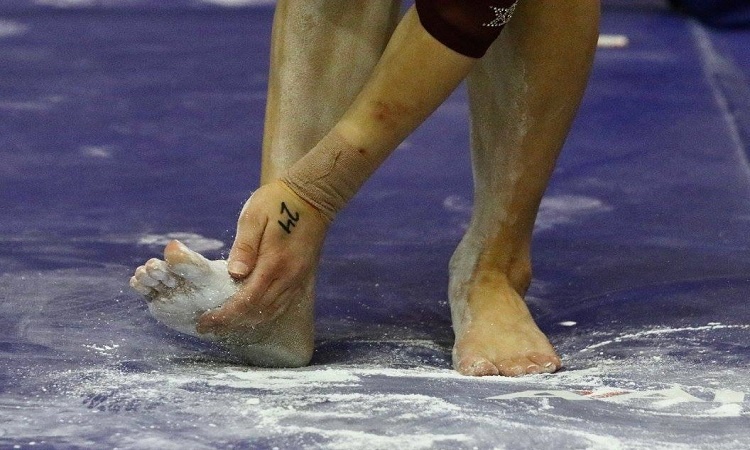 The J.O. code of points—which is used in college in slightly modified form—is chock full of interesting and sometimes downright weird skills. You would never guess that based on the routines we see in collegiate gymnastics, though. Gymnasts and coaches have figured out formulas to maximize points while minimizing deductions and risk, and that’s why we see so many gainer layout full beam dismounts, for example. In a dream world, though, we’d see some exploration of weird nooks of the table of elements show up in college, risk be damned. Let’s dig into that world.

Sure, clubs around the nation are great at teaching the Yurchenko entry, and that’s why we see so many in college. They’re broken up by Tsuks, handspring pike halfs and the rare handspring double full, but just look at the possibilities! 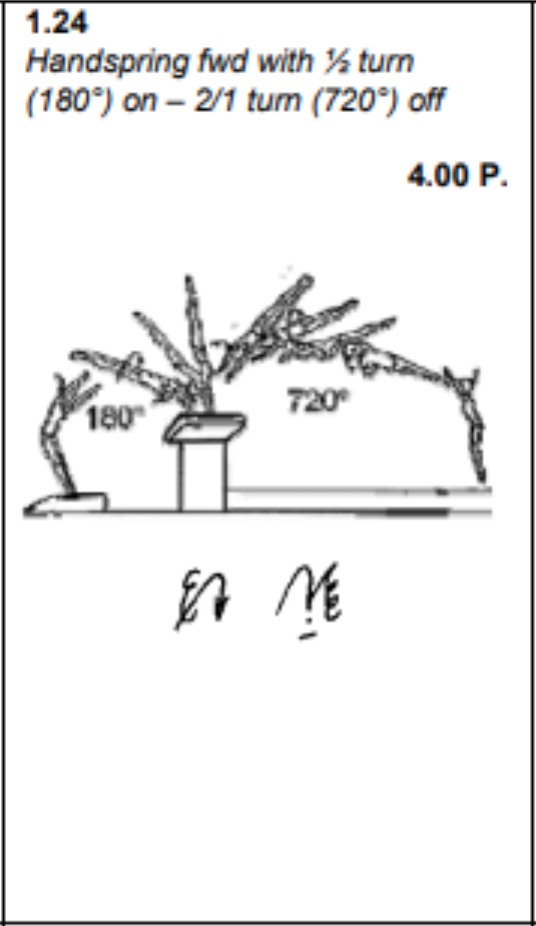 Just imagine all the wild twisting. This could either be a hot mess vault or a true beauty for a strong twister. 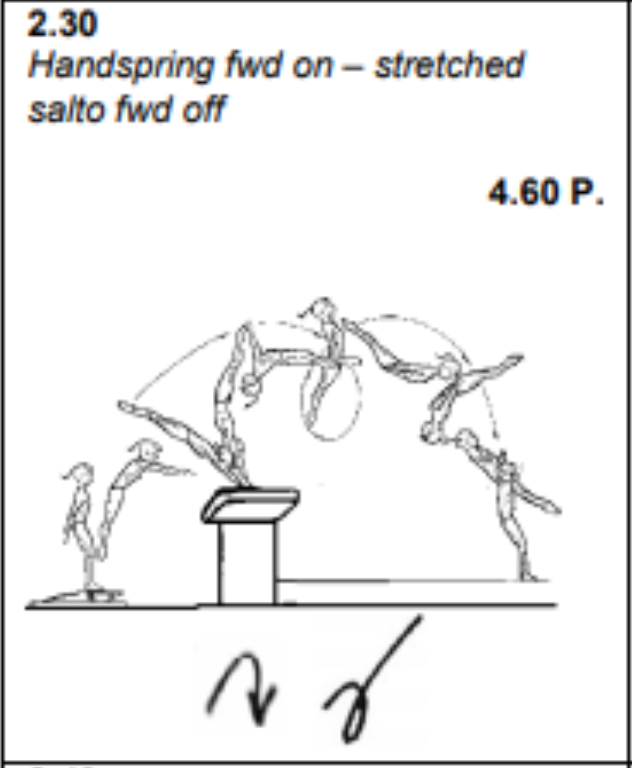 This one could get weird and archy, but with a solid layout position, it could also be gorgeous (go look up Daria Bijak at Utah).

There is more variety on bars than vault most of the time. We see some Deltchevs in the wild and are graced with a Markelov or Shushunova here and there. But the number of bail handstand, toe shoot, blind full + double tuck sets we see is also dizzying. There are some wild alternatives.

Really either of these. We get the odd punch front beam mount here and there, let’s move it to bars! Or a front handspring-type skill over the low bar, why not? These for sure fall in the “weird” category of the code—things that made more sense when the rails were set very close together. 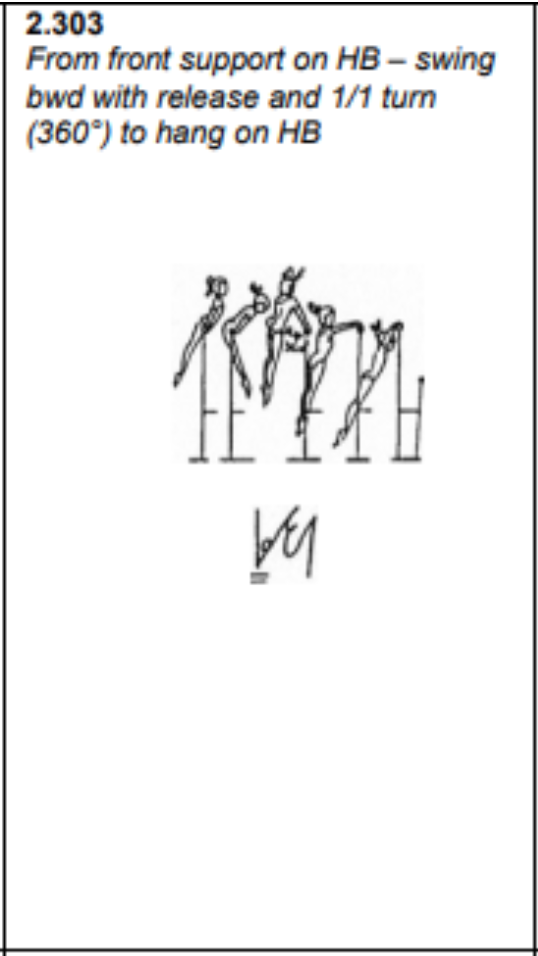 Most single-bar releases we see are Ds, so it makes sense that this non-salto release is a C. But imagine a kip to immediate random full twisting release. It would be odd, and it would make you watch the routine. Connect that baby right into a Pak and you have the interior of a pretty interesting bar set.

Strong (A Bail with One and a Half Twists (E)) 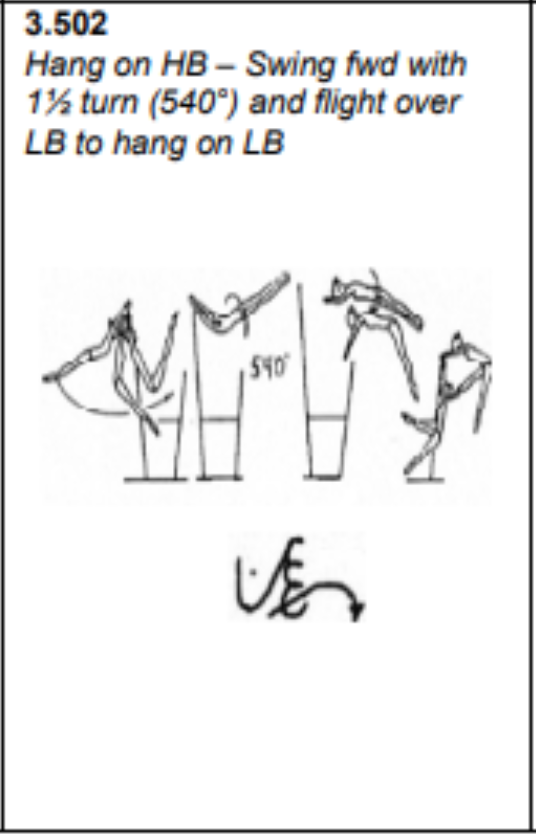 The mega bail; a Strong in the elite code. We imagine the learning curve on this one would be a tad painful, but it’s a fascinating variation on a skill we see so often. Plus, it’s worth as much as, for example, a Ray!

This one is fun; a clear hip hect to immediate back tuck dismount. Let’s get some dismount variety!

Beam creativity could be endless and not just in choreography. There are a wide variety of credited mounts, jumps and leaps that never see the light of day, as well as some small dance elements that could really jazz up a routine.

Ouch? This one would take some flexibility, but what an original way to start. We bet Danusia Francis could’ve done it. 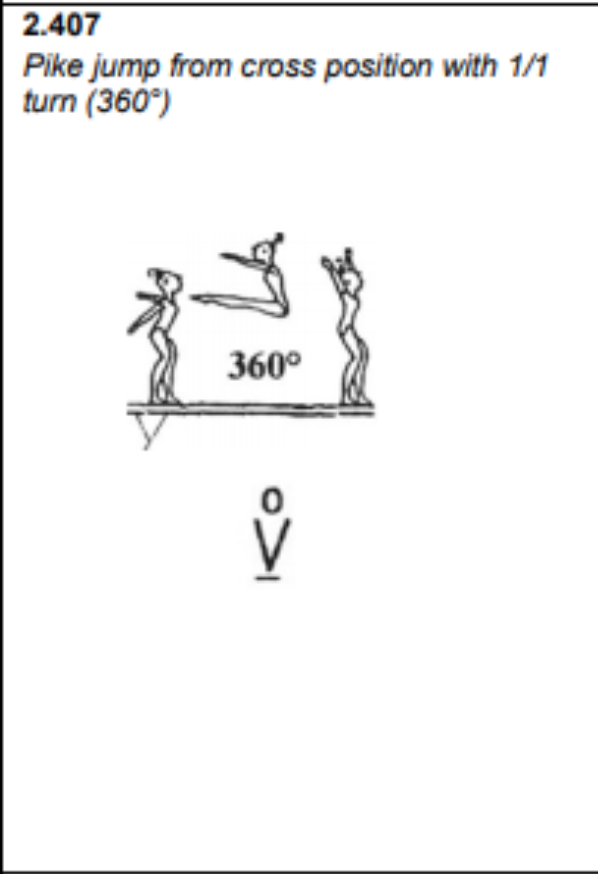 This could get ugly, but it’s worth more than the ubiquitous sheep (a C), and performed well it could look wildly cool.

Fouette Half to Arabesque (B) 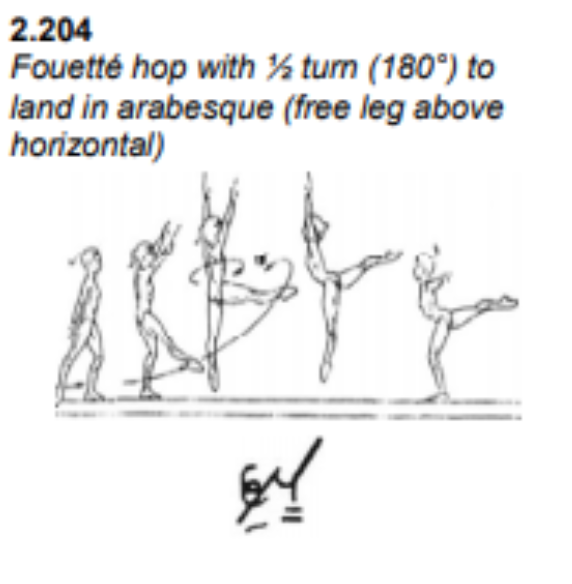 Let’s bring back some real dance to beam, shall we?! Ring leap to switch leap to fouette half? That could be gorgeous. This could also connect directly into gainer skills. Endless possibility! 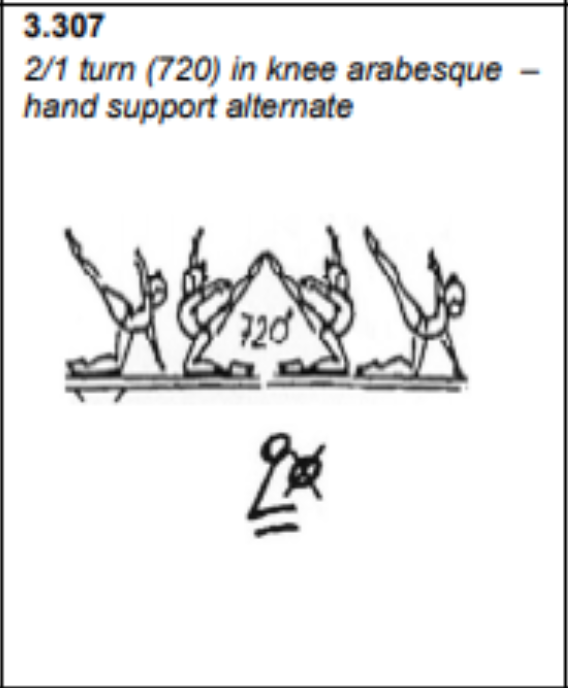 We mostly want to see someone do this because we’re not convinced it’s possible.

This is fascinating. An interesting way to make sure you get your “leo touches the beam” moment in your set. And for a C!

The floor table of elements is surprisingly brief, compared to bars and beam; most creativity here certainly comes from choreography and skill combinations. There are a few gems, though. 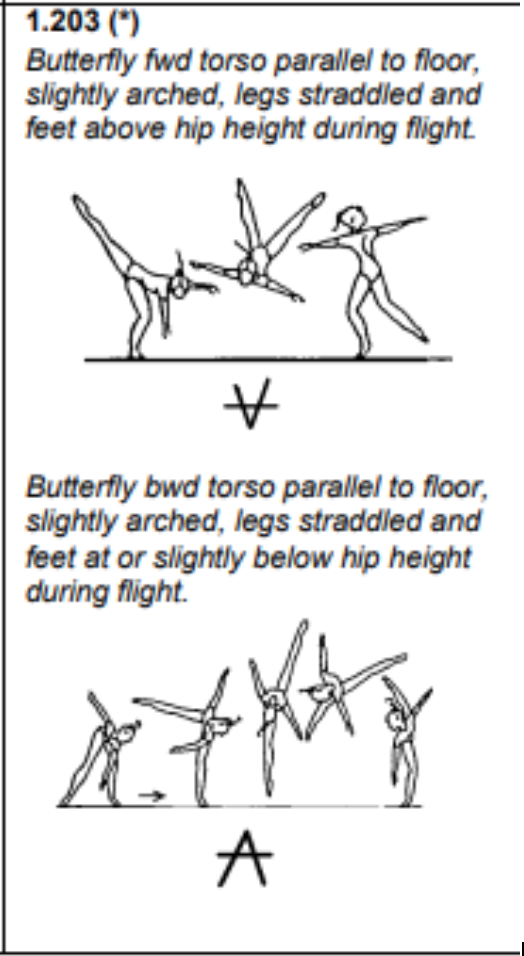 This would really bring some originality, and it’s worth the same as the ring jump and double stag we see fairly often. Imagine a double Illusion turn into a butterfly. We get dizzy just thinking about it. 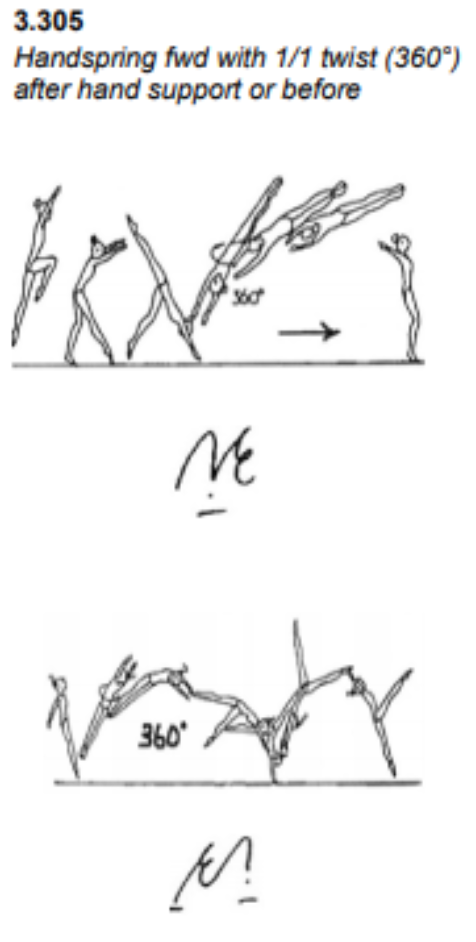 We bet a creative gymnast could work this into choreography in an exciting way. It could also be a very unique connection in a combination pass. Front full + front layout stepout + handspring full, anyone?

READ THIS NEXT: ’80s Skills That Need a Comeback