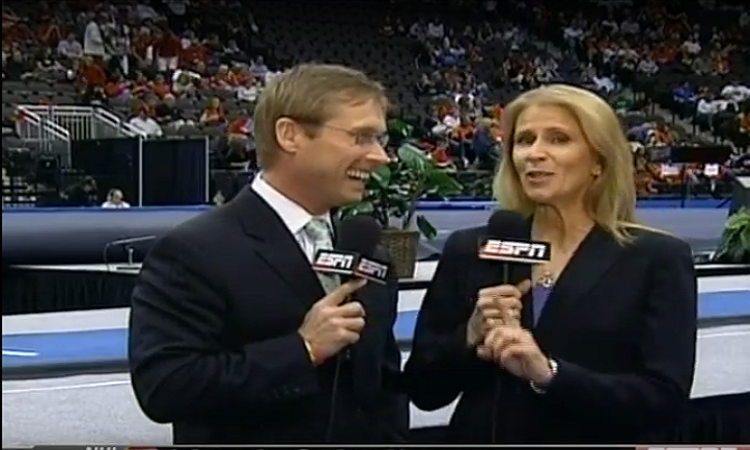 Kathy Johnson Clarke has been the voice of SEC gymnastics, alongside Bart Conner, for nearly a decade now. She has been covering gymnastics since women joined the NCAA in 1983 and spent many years covering elite as well. Before that, Johnson Clarke was a member of the 1980 and 1984 Olympic teams and competed at four world championships. She also competed for Centenary College and led her team to the AIAW title in 1978. Johnson Clarke goes down in the history book as the first American woman to win an individual medal in Olympic and world championship competition, and she goes down in our hearts as a beloved member of the college gymnastics world.

A passionate, incredibly knowledgeable commentator, Johnson Clarke’s love of the sport shines through her work. “Across the board, NCAA gymnastics is pure brilliance. It’s wonderful, it’s a great show,” she said. Thanks for making Friday Night Heights so much fun, KJC. May we have you for years to come.

BONUS: She was a little busy this year.

READ THIS NEXT: VALORIE KONDOS FIELD THROUGH THE AGES