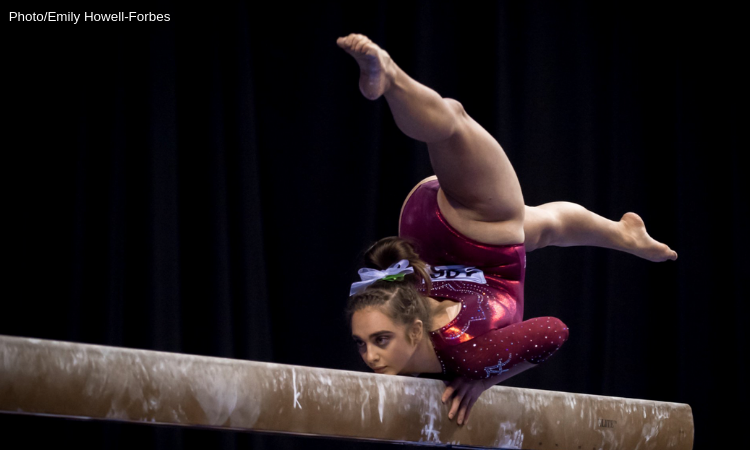 For some NCAA gymnasts, there comes a point in which they no longer wish to continue competing for their current institution. If a mutual agreement is in place, they have the option to transfer to another university and continue their gymnastics career. Transfer restrictions are put in place by the NCAA to ensure equity and fairness for both the student-athlete and athletic program.

However, due to previous incarnations of these restrictions, this option was not always viable for student-athletes at certain universities. Regulations put in place by the NCAA had the potential to deter athletes from considering other options if they wished to transfer.

Under those rules, when student-athletes stated their intent to transfer to their coaches (a requirement to begin the search process), the coach could enforce measures to deter them from doing so, such as forbidding them from contacting other universities. Through this “permission-to-contact” process, the coach had the power to take away their scholarship immediately. These rules were initially put in place to prevent coaches from contacting athletes on other teams to be able to lure them away; however, in certain sports and programs, it created a culture of fear among athletes who sought a better fit but didn’t feel comfortable seeking it.

Now, student-athletes no longer need to inform coaches of their decision to transfer, or even of their decision to contact other schools. In June, the NCAA eliminated the “permission-to-contact” process, effectively giving athletes their own freedom to contact other universities with the intention of transferring. Through the new process, coaches must put the names of their athletes into a national transfer database which enables coaches from other institutions to find them.

In addition, the NCAA also announced that the intent of a student to transfer will not be a legitimate offense to cancel their financial aid for the upcoming semester, which puts in place a fallback in case the transferring does not go as planned or if the student-athlete changes his or her mind.

How will this new rule affect gymnastics? Transferring in NCAA gymnastics tends to happen under rather mysterious circumstances, with few outside of the respective program knowing about it until the gymnast announced her decision on social media. Slated to take effect in October, new rules like this one will encourage transparency among student-athletes in coaches in the decision to transfer; as a sport that has struggled in the past with this issue, hopefully gymnastics will see tangible benefits from it.

In spite of the many mysteries surrounding it, transferring in college gymnastics remains a hugely important process. Some very successful gymnasts at powerhouse programs in recent years have been somewhat underrated transfer students from different universities, including Michigan’s Paige Zaziski (formerly of Arkansas) and Florida’s Rachel Slocum (formerly of Eastern Michigan). In the end, it is important to keep in mind the best interests of the gymnast are what matter the most, whether or not we’re aware of the reasons they consider to transfer.

READ THIS NEXT: Potential Lineups

Update: We have added a hyperlink to the NCAA recruiting bylaws to clarify some points of contention in the piece.