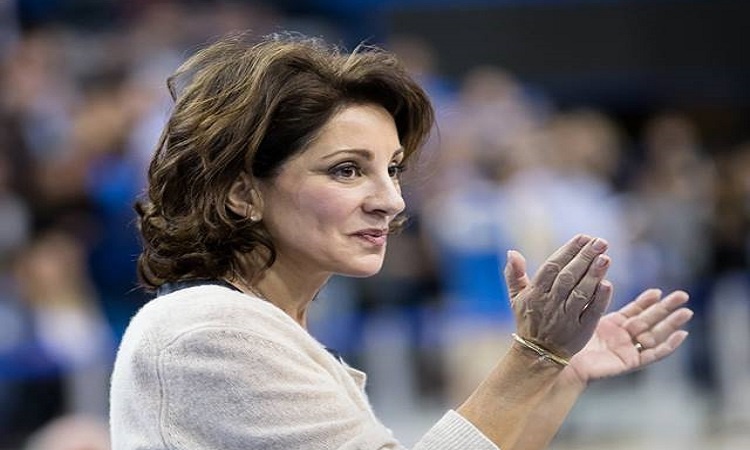 While on our tour through gymnastics history this summer, we’ve had the pleasure of journeying through the careers of some NCAA gymnastics mainstays. Miss Valorie Kondos-Field has been UCLA’s head coach since 1991, and she was an assistant before that from 1983 to 1990. Kondos-Field has led the Bruins to seven national titles, and won over hearts everywhere with her positive, empowering (if there’s one time to use the word, it’s to describe Miss Val, and we won’t apologize) coaching style that has helped many of her gymnasts rediscover their love of the sport and find their voices. Today we’re going to take a tour down memory lane to look at Miss Val’s varied styles through the years and to appreciate one of the titans of our sport.

READ THIS NEXT: 11 UCLA FLOOR ROUTINES WE WANT TO SEE MADE INTO LEGACY ROUTINES