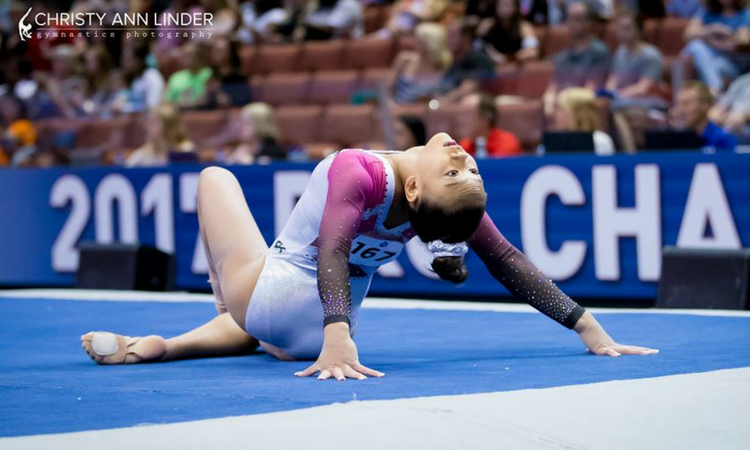 The GK U.S. Classic will take place this weekend Columbus, Ohio, and as usual, the field is full of future NCAA competitors. Only three gymnasts in the senior field are uncommitted, one of whom is obviously professional Simone Biles. We’re breaking down the college-committed Classic competitors.

Competition will begin Friday with the HOPES championship, the national final for developing elite gymnasts aged 13 or under. On Saturday, the junior elite field will take the stage first at 1:30 p.m. ET, followed by the seniors at 8 p.m.

We’ll preview the prospects of the NCAA commits in the classic field, but keep in mind that since many athletes have already gotten their qualifying scores for nationals, it’s likely several favorites will not compete all four events. In the hours before the meet, watch for scores of 0.00 to appear in the live scores, indicating scratches.

The great majority of the senior field is committed to an NCAA program. While the senior all around likely won’t be in play, expect Florida to shine, with reigning world and American Cup champion Morgan Hurd and American Classic champion Shilese Jones in top shape. Oregon State signee Jade Carey only competed her two weaker events at American Classic and might be making her elite all around debut this weekend. Emma Malabuyo (UCLA), Ragan Smith (Oklahoma) and Grace McCallum (Utah) could place themselves firmly in the worlds conversation with a strong performance, and there are several event stars to look out for, too: Adeline Kenlin (Iowa) is spectacular on beam, Madelyn Williams (Cal) is a potential field-leader on bars and Jordan Chiles (UCLA) has a strong vault set.

There are some wildcards to watch, too. Riley McCusker (Florida) has been out of the competitive picture for a while but had a strong two-event showing at the American Classic, and Emily Lee (West Valley) led the same meet at the midpoint before taking a difficult bars fall and scratching the remainder of the competition. Shania Adams (Alabama) is the kind of quiet but reliable gymnast who could land in a strong position if the rest of the field has an inconsistent day, and while her future teammate Luisa Blanco competes less difficulty, she’s a can’t-miss competitor due to her stellar technique.

Only a handful of this year’s junior crew are committed to college, but these eight are a strong group who will make an impact on the field. Jordan Bowers (Oklahoma) had an incredibly strong spring and will be hoping to solidify her status among the top tier of juniors at home. Aleah Finnegan (LSU) is a fan favorite for her form, but as a recent elite qualifier, it’s yet to be seen how she stacks up in the junior elite world. Tori Tatum (LSU) is another winner of the spring season, but after a challenging meet at the American Classic, she also has something to prove. Sunisa Lee (Auburn) currently holds the highest junior elite score in the world in 2018 with a 56.000, and if she’s in form, she could be untouchable—but her consistency can be an issue. These gymnasts will also have to contend with a strong group of uncommitted gymnasts, including American Cup champion Kayla DiCello and Leanne Wong.

UPDATE: Since this article was published, start lists have changed. Emily Lee is no longer listed.