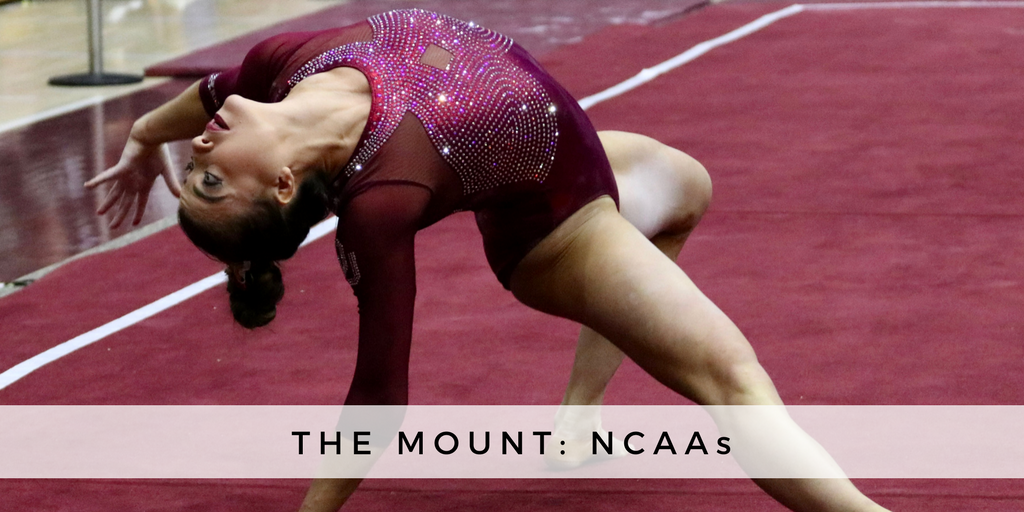 The big show is finally here! It all comes down to Saturday and the Super Six where whichever team is the best that night will walk away a champion. But first they have to get through the semifinals first. Only the top three teams from each session will advance and have the opportunity to compete for the title while all around and individual event champions will be determined during prelims. Over the past week we have previewed and analyzed each session, as well as the individual competition. You can find those features below plus our predictions for the meets.
Semifinal One Analysis | Semifinal Two Analysis | Individuals Analysis
And remember, not only were individual national champions crowned Friday, but first- and second-team All-Americans were determined as well. The top eight from each session combined will be named to the first-team while those placing ninth to 16th will be second-team All-Americans. Finally, for those six teams that advance to the finals, the rotation order, as was predetermined after regionals, is below.

This week we predicted the three teams from each session we think will advance from the semifinals to the Super Six, as well as the eventual national champion.
Caroline: As much as I love Denver, I gotta say Oklahoma, UCLA and Utah from semi one. And then from semifinal two…. LSU, Florida and I’m going with Michigan over Bama. Peaking at the right time, man! But for national champs… I would love to pick LSU but I have to play it safe and go with OU.
Christina: I will say Oklahoma, Utah and Denver advance out of Session I (I love me a good upset), and LSU, Florida and Michigan out of Session II. My national champion is Oklahoma.​
​Elizabeth: I’m sticking with what I chose in my bracket and going with OU, UCLA and Denver upsetting Utah in semifinal one and LSU, Florida and Alabama moving on from semifinal two. As for the national champion? It’s gotta be the Sooners.

One last poll for the #NCAAgym season! Who is your 2017 national champion? (Reply if your choice isn’t below.)

As for those of you still in the running for the 2017 fantasy gymnastics crown, find an up-to-date injury report on our injury updates page to ensure you don’t have questionable or hurt gymnasts in your lineups.
​If you’ll be near a TV, the ESPN networks have a treat planned. The first semifinal will be live on ESPN2 while the second semifinal’s main broadcast will be live on ESPNU for the first hour before switching to the main ESPN channel for the remainder of the competition. The All Around view will also be shown on TV at the same time on ESPNU. Finally, on Saturday, the Super Six will be broadcast live on ESPNU. However, if you won’t be near a TV, you’re in luck! Find all the links you need to all the streams below.
Are you playing the 2017 NCAA Gym Bracket Challenge? Check up on how you’re doing here. Want to receive the latest collegiate gymnastics news in your inbox? Sign up for the NCAA Gym NewsLetter here.
Facebook0Tweet0Pin0